Traversing through distant lands seems an enticing prospect, sans the money you ought to spend. But what if you can earn while you travel? Our guest contributor shares the first-hand experience of traveling China while teaching with Haida HR:

If I had to choose from making money working a typical 9-to-5 and traveling the world, I would choose the latter. As impractical as it might sound, that’s what my soul has always craved for – getting acquainted with the people, culture, traditions, and food of far-off lands. However, since these pursuits need money to be undertaken, there I was – teaching in an elementary school in Portsmouth, England. 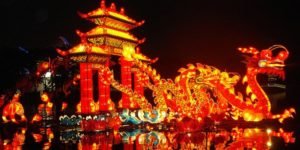 Little did I know that I could get the best of both worlds. A perchance meeting with an old friend told me about how Haida HR hires native English speakers to teach in China. This friend of mine had already been working with this Hangzhou-based recruitment firm for more than two years, and her vivid description of how Haida helps teachers advance their career along with exploring the Chinese language and culture – it made me feel like joining right away.

I eventually did. The recruitment process was smooth and easy – and so was my journey to Shenzhen, China, where I was to join a government-run school. My arrival coincided with the Mid-Autumn Festival, so I got a chance to be a part of a DIY Mooncake activity organized by Haida HR for foreign teachers like me.

My first taste of joyride

The Mid-Autumn Festival celebrations began with a brief introduction of the origin of the Mid-Autumn Festival. This included the Chinese myth about Lady Chang’e flying to the moon. Following the introduction, we were made familiar with the Chinese rituals like eating mooncakes, appreciating the moon, putting up lanterns and guessing lantern riddles. We also learned how to bake mooncakes – they were delicious! 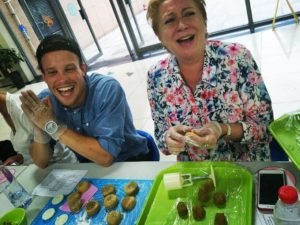 That was my first taste of the joyride my time in China with Haida HR was going to be. The city I was posted in – Shenzhen – is a place with a rich history, culture, and tradition. Shenzhen has a lot to offer. It’s a city with some awesome bars and sightseeing spots. The food was nothing like the Chinese takeouts I used to have back in England – it was more nutritious, authentic and yum.

All work and no play – well, not anymore

Working in China – teaching schoolkids who revere you – it’s an entirely different experience altogether. The disparity between the English and the Chinese cultures is great, but I loved the latter nonetheless. Working in an environment where you receive heartfelt appreciation for your effort enriches you – both personally and professionally.

The language was a barrier at first – I had absolutely zero knowledge of Chinese language, and the kids I taught weren’t well-versed in English either (well, that’s the reason I was hired – to teach them English). However, Haida HR reviews the problems faced by the teachers, and so they came up with Mandarin language classes for foreign educators like me. With a working knowledge of the common tongue, my stay in China was made a lot easier. 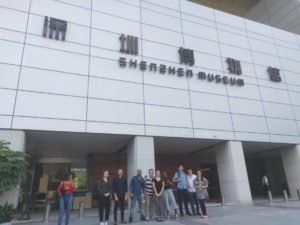 Within a few weeks of being a part of Haida HR, I gathered that my friend back in Portsmouth was true about the work culture with this recruitment partner. The company organized a number of excursions and cultural activities every now and then – understanding Chinese culture was never this easy. I enjoyed being a part of every bit of it!

The recruitment company – Haida HR – took care of my lodgings and food, so I managed to save a handsome amount out of my salary each month. With five working days per week, I had plenty of time to explore Shenzhen. My visit to Nanshan Mountain was especially memorable. The hike from Frazer Place up the stairs past the top station was breathtaking, quite literally. However, despite the sore and shaky legs, the view from atop was simply spectacular. 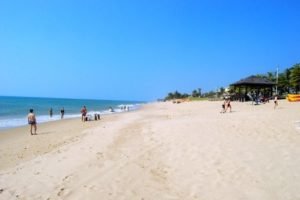 My day out at Dameisha Beach made me homesick. The fine white sand and the refreshing sound of the sea waves – it filled my heart with serenity. Though the beach was a bit crowded (it is one of the most popular spots in Shenzhen), being there was nonetheless relaxing. Besides sunbathing, there were a lot of other activities to indulge in – paragliding, jet skiing, etc. However, the most exciting part of living in Shenzhen was its close proximity to the land of Bruce Lee, Jet Li and Jackie Chan – Hong Kong! 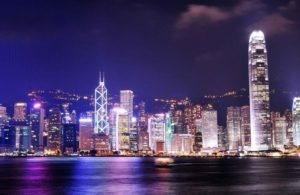 Traveling from Shenzhen to Hong Kong takes no more than 90 minutes, and in return, you get to experience one of the most amazing metropolitan cities of Asia. With its breathtaking skyline and popular tourist attractions like Ladies’ Market, Ocean Park, and Disneyland (yes, Disneyland!), Hong Kong welcomed me with open arms each of the three times I visited.

Teaching in China with Haida HR

I owe big time to Haida HR – the incredible experience could not have been possible had I not been working with them. Sightseeing and traveling places contributed something, but the great insights about China and its people that I gained while participating in various activities organized by Haida, the friends I found in my colleagues, and the financial security I got – all of it played a crucial role in shaping my experience.

Whether it was learning Mandarin through games like ‘Pass the Ball’, or attending the free TEFL course, or being a part of the linguistics training session – these activities added to my professional expertise. Cultural activities – composing Spring Festival couplets, making dumplings, sessions about traditional Chinese medicine and Chinese herbal tea – improved my understanding of the Chinese culture. 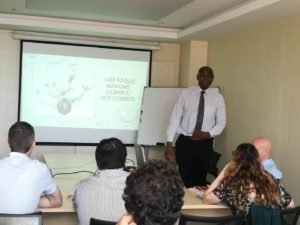 Teaching here stopped being about money right after one week of my joining. It became more about helping Chinese kids with the English language, and comprehend the Chinese way of life.

China offers you a lot more than you can imagine. You get a taste of a rich, ancient culture combined with wholesome, appetizing food and breathtaking sceneries. The 4th largest country by area in the world, there’s more to China than just the Great Wall. You can travel all you can and spend as much as you like. 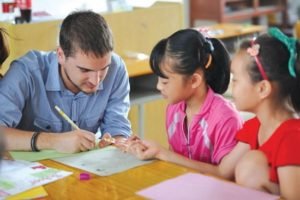 However, for people on a budget (like me), who wish to travel this great land without burning a hole in their pocket, I suggest taking up an English teaching job with recruitment agencies like Haida HR. That way, you make some good money while you travel. A win-win situation, isn’t it?