Diversity- this is what India stands for, this is what Indians celebrate. The idea of diversity has been so deep-rooted in the country’s nerves that every part displays a unique kind of variegation beauty. One of the finest examples of heterogeneity in the country can be found in Kozhikode, which is not just a popular tourist station but also a center of spice market among others. Kozhikode is located in the southern state of Kerala, known as the God’s own land. By the shore of the Laccadive Sea, the city shines like a gem and offers spectacular sceneries, attracting thousands of visitors to its fold every day.

Kozhikode is a delightful place to be in if you are a nature lover. From the virgin beaches of the Laccadive Sea to the magnificent backwaters, Kozhikode is the powerhouse of natural beauty. Enjoying the peaceful regime of seashores while meditating in the backdrop of the endless blue-water is an experience of life.

The spice market of Kozhikode

If you are in Kozhikode or Calicut, there is no way you are going to be wide of the exotic fragrance of spices, for what the city is known for. Kozhikode has historically been a center of the spice trade in the region. A number of European and Middle East explorers have landed here in the past, owing to its importance as a spice hub. Wending your way through the streets of Kozhikode, you will witness a wide range of spice vendors. City Enterprises (near Cherooty Road), Kyrali (YMCA Shopping Complex), etc. some of the popular places where you can witness the finest form of Indian spices including Green cardamom, Flax seeds, and Cashew nut.

The delight of an astonishing culture 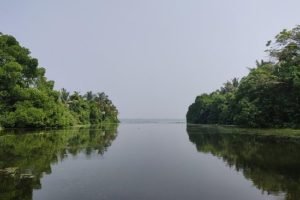 Kerala is known for its cultural delight and Kozhikode is its melting pot. Literature and music are two of the pillars that have shaped the social and cultural assortment of the region. A number of historical sites such as Sree Kanteshwara Temple, Tali Shiva Temple, Thikkodi Lighthouse, etc. are of extreme importance. Walking around the city, one can witness the unique local tradition that mesmerizes visitors.