There’s always a cool breeze sweeping across the unexplored Peer ki Gali in Kashmir and the clouds are often hanging lower than the peaks of the mountains.

Kashmir is known as a paradise on earth for more than one reason. It is home to some of the iconic tourist places in South Asia that attract a number of visitors from across the world during peaceful times in the conflict-torn region. However, it is not just the famous locations that bring so much recognition to the valley of dreams, but the offbeat locations that are hardly explored present the true picture of Kashmir, as such locations are generally untouched and serene. 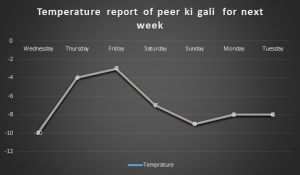 Covered with forest trees and streams

While there are many such offbeat locations in the Himalayas, the unexplored Peer ki gali in Kashmir is surely on the top of the list. Situated on the traditional Mughal Road in the Shopian district of Kashmir, it is the highest point on the route that joins the valley with Jammu. The place is nearly 70 kms from Srinagar and the road is quite smooth, barring a few ups and downs. The beauty of Peer ki gali is unmatched with any other location in the entire South Asia as it is covered with forest trees and the heavenly streams oozing from the glacier with a few shepherds herding their sheep here and there, along with plenty of natural beauty to soak in.

A glorious passage between the two tops 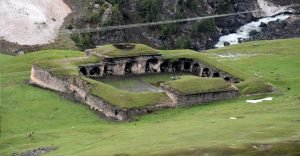 The mesmerizing view of the unexplored Peer ki gali in Kashmir is difficult to express in words. There’s always a cool breeze sweeping across the mountainous region and the clouds are often hanging lower than the peaks of the mountains. The place is at an elevation of 3,485m above the sea level with a heavenly passage naturally built between the two mountains. The two sides of the mountain are often covered by snow, making for a glorious view.

The improbable terrain and a godly man What makes Peer ki gali special is the improbable terrain, which looks quite amazing even from a distance. The place is named after Sheikh Ahmed Karim, a saint who used to worship in the wilderness of this place. It is hard to imagine how an individual lived in such challenging conditions many decades back. Ahmed Karim is known for the miracles he performed to help the people during his hay days. People have a huge respect for the godly man in the area, and it is one of the many reasons why some people visit the unexplored peer ki gali in Kashmir. 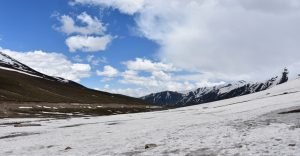 The road was built by Mughal emperors during their reign in the Indian subcontinent. The entire range from Bafliaz to Shopian is amazingly scenic and adventurous. There is almost no or very less traffic on the route, offering the visitors an ample opportunity to click pictures, enjoy the serenity and explore some uncharted landscapes. It is also recommended to take some food along from the main market, since there is barely anything on offer at this isolated place, barring a few snacks and tea. Next Story
Hospitality in Zanskar Valley