The Pilgrimage of Health: Initiatives and Medical Units taking care of India’s pilgrims Religious travels often exert a great amount of emotional and physical stress on the pilgrims. Tiring journeys and long queues can lead to problems like blood pressure fluctuation, stress, vertigo, joint pain, diarrhea and difficulty in breathing. Conditions like these call for immediate medical attention, which is often not possible due to the lack of proper connectivity, or the complete absence of medical units in the vicinity.

However, recent times have witnessed an increase in awareness around the health and general well-being of people undertaking pilgrimages. Initiatives by the government as well as some non-government organizations in the country have been paving way for quick and hassle-free medical aid for pilgrims. From Amarnath to Sabrimala, and from Kedarnath to Kashi – pilgrims are receiving the much-needed medical attention, all thanks to the increasing number of healthcare initiatives and mobile medical units.

One of the most exemplifying names among these ventures is Nayati Healthcare, headed by Niira Radia. In line with its philosophy of taking treatment to the patients, Nayati has always been at the forefront in rendering medical support to the communities in need, whether it is Badrinath, Kedarnath, Vrindavan or the Mahakumbh at Allahabad. In September 2019, Nayati launched Shri Kashi Vishwanath Medical Centre, providing free medical services in the premises of Shri Kashi Vishwanath temple at Varanasi. Through this center. 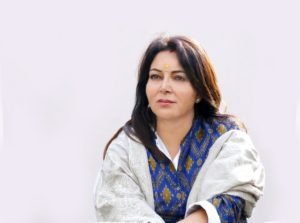 Nayati has been providing medical and pharmacy services for the pilgrims and the local population, absolutely free of cost. Commencing its journey in 2012, as a fleet of 4 mobile medical units in Badrinath Dham, Niira Radia’s medical initiative has been working relentlessly aiding millions of pilgrims till date from the country and beyond.

Down south, pilgrims at Sabrimala Temple were provided exclusive healthcare facilities at Pampa and Appachimedu on the Pampa-Sannidhanam trekking path during the five-day monthly puja period in August. Healthcare providers Amrita Institute of Medical Sciences (AIMS), Kochi, and the Lakshmi Group of Hospitals in Ernakulam came forward to provide prompt medical aid to the pilgrims in need.

Various state governments have also been active in making healthcare facilities accessible to people undertaking religious pilgrimage. Healthcare schemes by the Maharashtra government, such as Rajiv Gandhi Arogya Yojana and Jeevandayi Aarogya Yojana, have transformed the holy city of Nashik into a medical hub for the region, providing medical aid to not just the pilgrims, but also the underprivileged patients.

The Government of Uttarakhand, on the other hand, inaugurated a hospital in Kedarnath Dham – Swami Vivekananda Dharmarth Chikitsalaya in September 2019. Managed by Swami Vivekananda Health Mission Society Dehradun. The 12-bed hospital has two doctors stationed permanently, and consists of all necessary infrastructure to ensure that the devotees receive prompt and efficient healthcare services free of charge.

In a similar fashion, the Jammu and Kashmir government announced to provide ‘round-the –clock’ free healthcare facilities to Amarnath pilgrims, right from Lakhanpur and along the two pilgrimage routes – Baltal and Pahalgam – till the cave shrine in Anantnag district of Kashmir division. As a part of the initiative, ambulance services were made available within a radius of 20 km from the medical aid camps.

Apart from the aforementioned initiatives, there exist a number of other healthcare ventures which are working tirelessly to provide a seamless healthcare experience to pilgrims at the time they need medical aid the most. With increasing awareness around the medical needs of people undertaking rigorous travel for pilgrimage, the number of such initiatives is on a constant rise. One Response to :
The Pilgrimage of Health: Initiatives and Medical Units taking care of India’s pilgrims