Brihadeeswarar Temple: All you need to know about the magnificent Devasthanam Dedicated to Lord Shiva in his dancing pose – Natraj – the Brihadeeswarar Temple is an architectural marvel and a delight to see. Situated in Thanjavur, Tamil Nadu, the temple was built by Raja Raja Chola I in 1010 AD. The temple is also known as Rajeswara Temple, Rajarajeswaram and Periya Kovil.

The temple was built by the king to grace the Chola Empire. This thousand-year-old epitome of Dravidian architecture is now a part of the UNESCO World Heritage Sites, which adds to its exceptional historical and cultural value. For the globetrotters wishing to witness the grandeur of this temple, we bring you a comprehensive guide. Take a look:

Some quick facts about Brihadeeswarar Temple 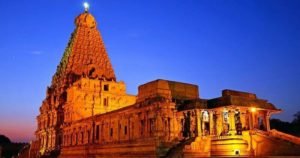 The day of the Ruling star, satabhishag is treated as a festival day every month, since it symbolizes the ruling star at the time of the birth of Raja Raja Chola I. 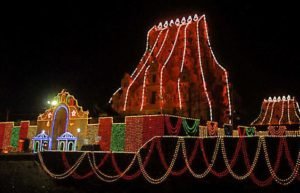 Apart from these, the following festivals are celebrated at the Brihadeeswarar Temple with full fervour:

Brihadeeswarar Temple is located in Thanjavur district, which is well-connected to several major cities through road and rail network. While Thanjavur does not have an airport, tourists can reach Tiruchirapalli by air and then travel the remainder through a taxi, bus or train. Next Story
Bhrigu Lake: All you need to know about the beautiful grassland trek in Himachal