Money may not grow on trees but Gold can surely be harvested from these beautiful Kolar Gold Fields. Come, take a look at the past of ‘Little England’ residing in India with us! Imagine walking through fields of gold-embedded landscapes, shimmering and glittering under the sun. Well, as mesmerizing as it may sound, the Kolar Gold Fields are turning barren as the days pass. The resourceful mining area is located in the Kolar District of Karnataka, South India,100 km from Bengaluru, and is popular as ‘Little England’.

The land was mined there for over 2000 years. Over the course of history, many people tried their luck at finding gold. However, Kolar Gold Field’s modern success is generally attributed to the firm John Taylor & Sons. John Taylor III took control of the mines in the year 1880. He established the deepest and most productive gold mine in the world. The company ran the mines until 1965 which were later taken over by Mysore’s Government, which hired John Taylor & Sons as mining consultants. KFG was home to over 30000 mineworkers and their families. It was a multi-ethnic community with experienced miners recruited from around the world, a large proportion of which were from Cornwall.
The extracted gold was shipped back to England, which made the British shareholders incredibly rich. Although the Indian workers carried out the most dangerous work at the mines, inequality became ubiquitous. The British workers enjoyed magnificent bungalows, while the poor Indian workers lived in one-room, mud-floored huts which often housed more than one family at a time.
The British however, offered infrastructure as hospitals, schools, social clubs, a boating lake, a golf course, a swimming pool, and a gymkhana was established. All these facilities faced solitaries with places such as the KGF club becoming exclusive to the European workers.
Medi-care at KGF was world-class and free to all mineworkers and their families.
In due course, towns (civil areas) were developed which were named after British officers; Bowringpet (now Bangarapet), ‘Robertsonpet’, ‘Andersonpet’. 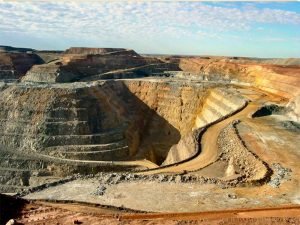 The main mines at Kolar Gold Fields were:
• The Mysore Gold Mine
• Champion Reef Mine
• Nudydroog Mine
• Ooregum Mine
• Tank Block Mine
• Balaghat Mine
• Coromandel Mine
• Nine Reefs Mine

One of John Taylor & Sons’ greatest achievements was that they brought electricity to the mines in 1902, in an ambitious scheme that promised power being transported 140km from the Cauvery Power Plant. Power was harnessed from the waterfalls at Shivasamudram. KGF became the first mining region in the world to use electric power.

Kolar Gold Fields was very versatile. It was a multi-ethnic and multi-religious society with different groups living side by side. The Cornish Wesleyan influence could be seen easily, with several Wesleyan chapels being established at KGF.
The ‘Kolar Gold Fields News’ regularly reported news from the mines. These reports were further reprinted in the Cornish Newspapers. They also reported on concerts held at KGF, social events, Christmas festivities, and featured extensive reports on weddings and funerals. 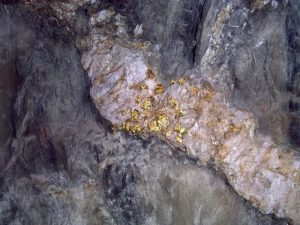 In 2001, the mines at KGF closed. With them went the jobs that had sustained families for generations, resulting in job scarcity. There is still a strong sense of pride among the people of KGF in their home and its remarkable golden past, and a hope that its future shall become golden yet again.
‘The record of the Kolar Gold Fields over a period of more than 80 years is a splendid example of the civilizing influence of mining. As a direct result of the development of the mines, what was once a barren and sparsely inhabited area is now a prosperous township – one of the largest in the state of Mysore – with most of the conveniences and institutions of modern life. The fine roads, the protected perennial water supply, the electric distribution system, the railway, the hospitals, clubs, shops, and cinemas – to name a few such amenities – have all resulted from the development of the mining industry, without which the area would almost certainly remain a quiet rural backwater.’ The Kolar Gold Field, 31st December 1960
‘Though not a ghost town, KGF stands still, holding its breath, as far as matters relating to the revival of mining activities are concerned’ Gayatri Chandrashekar – Grit and Gold, 2015.

Transportation :
For an adventurous ride, you can take the private bus to reach KGF. You could also hire a car, although, Auto-rickshaws are the most affordable way to reach there.

How to reach Kolar Gold Fields:
Approximately 362 flights operate at Bengaluru International Airport.IndiGo, SpiceJet, and Air India are the most popular airline brands that fly frequently to this airport. Next Story
Explore the land of oranges: Best places to visit in Cherrapunji