Facts about Kamakhya temple in Assam In a country like ours where talking openly about menstruation and other topics related to women’s health is still considered taboo to some extent, here is one temple that openly celebrates the biological process of menstruation and womanhood. Located on the Nilachal Hill in Guwahati, Assam, Kamakhya Temple is a holy pilgrimage site for Hindu devotees and one of the 51 Shakti Peethas.

“Before you plan your trip, here are a few facts about the Kamakhya temple in Assam that are worth delving into.” 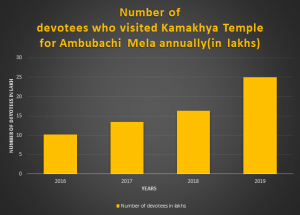 There is nothing like getting your facts right before planning a trip anywhere. Stay updated on this space for more such travel information. Until then, happy travels!